December is the last month of the year in the Gregorian calendar(Calculated during the Middle ages). It is also the twelfth and final month in the Julian calendar. December has 31 days in common years and 30 days in leap years, with the quadrennial 29th day falling on February 29 in leap years.

The winter solstice (or hibernal solstice), also known as midwinter, occurs when one of the Earth’s two poles has its maximum tilt away from the Sun. At this time, the Sun’s apparent position in the sky reaches its northernmost or southernmost extremity, at declination 23°26′21.4″ (23.439°) N or S; respectively, causing daylight to be at a minimum and the night to be at a maximum. The winter solstice occurs in December in the Northern Hemisphere and every year in June in the Southern Hemisphere.

In the Northern Hemisphere, the winter solstice is associated with the start of winter, while in the Southern Hemisphere, it is considered to mark the beginning of summer. It has been celebrated since ancient times and is still a cultural holiday by many people worldwide. Many pagan Christmas traditions and festivals, such as Yule and Saturnalia, took place during or near the winter solstice; some of these festivals have since been absorbed into Christmas celebrations.

The year’s shortest day and longest night are usually on December 21 or December 22 (December 20 or December 23 in the Northern Hemisphere). The precise date of the winter solstice varies according to the Gregorian calendar, but it is usually between December 20 and December 23.

The winter season often brings snow, cold weather, and shorter days. For numerous people, winter is the best time to stay indoors by the fire and enjoy warm drinks and comfort foods. But for others, winter is a time for outdoor activities like skiing, snowboarding, ice skating, sledding, and building snowmen.

Note: These dates are based on the Gregorian calendar. We have used the most common date for holidays that fall on a different date every year (such as Easter).

The given list of December holidays follows the Gregorian, not the Hebrew calendar.

Here is the detailed list of December global holidays for 2022:

A global day to create awareness about HIV/AIDS and support people living with the virus.

December 2 – International Day for the Abolition of Slavery

It is a United Nations-sponsored day to raise awareness of modern-day enslaved people’s plight and call for their freedom.

A United Nations-sponsored day to promote the rights and well-being of persons with disabilities.

A day to raise awareness about conserving wildlife and their habitats.

A United Nations-sponsored day to recognize the contribution of volunteers around the world.

A Christian holiday honoring the saint who is the basis for the modern-day Santa Claus. In some European countries, children leave their shoes out on December 6, hoping that St. Nicholas will fill them with candy and gifts.

A United Nations-sponsored day to celebrate the role of civil aviation in connecting people and cultures around the world.

A Christian holiday commemorating the belief that Mary, the mother of Jesus, was conceived without original sin. It is a public holiday in multiple countries, including Argentina, Italy, Spain, and Uruguay.

A United Nations-sponsored day to create awareness of corruption’s negative impact on society and promote Integrity, accountability, and transparency.

A United Nations-sponsored day to commemorate the signing of the Universal Declaration of Human Rights and call for the protection of human rights worldwide.

A United Nations-sponsored day to promote cooperation between countries of the global South.

December 12 – Feast of Our Lady of Guadalupe

A Catholic holiday commemorating the appearance of the Virgin Mary in Mexico in 1531. It is a significant religious and cultural holiday in Mexico.

A Scandinavian holiday commemorating the martyr Saint Lucy, who was said to have brought food and light to Christians hiding from persecution in the Roman Empire. In Sweden, the holiday is celebrated with a traditional breakfast of saffron buns and coffee.

A day to celebrate monkeys and other non-human primates. It is also a day to create awareness of the plight of endangered monkey species and the need for conservation.

A day to commemorate the endorsement of the Bill of Rights, the first ten amendments to the United States Constitution. The Bill of Rights guarantees fundamental civil liberties, such as freedom of speech, religion, and the right to a fair trial.

A day to appreciate America’s national bird, the bald eagle. Bald eagles are seen throughout North America and are known for their impressive size and powerful hunting skills.

A United Nations-sponsored day to recognize the contribution of migrants around the world and call for their protection.

Families get together to eat a special dinner and stay up late to watch the new year’s first sunrise.

A Jewish holiday is an eight-day Jewish festival commemorating the rededication of the Holy Temple in Jerusalem after its desecration by the Syrian-Greek army. Hanukkah is also known as the Festival of Lights and is celebrated with the lighting of candles on a nine-branched menorah.

A day to commemorate the Pilgrims, the early settlers of Plymouth Colony in Massachusetts. The Pilgrims were a religious group who fled persecution in England. They are supposed to be the ancestors of many modern Americans.

A parody holiday created by comedian and writer Daniel O’Keefe. Festivus is celebrated with a special meal, the airing of grievances, and feats of strength. It has gained popularity in recent years as an alternative to Christmas.

The eve of Christmas is a Christian holiday commemorating the birth of Jesus Christ. Christmas Eve is traditionally a time for family gatherings, gift-giving, and festive meals. In many countries, Christmas Eve is also the start of the Christmas season.

Christmas Day is a holiday in many of the world’s nations; people culturally celebrate Christmas with many non-Christian people and are an integral part of the Christmas and holiday season.

Christmas, along with Easter, is when the most significant number of people worldwide are likely to travel. Many people exchange gifts and cards at Christmas and attend special church services. Feasts and celebrations may also be held on December 25 to mark the occasion.

A holiday celebrated in the United Kingdom, Bahamas, Canada, Australia, and New Zealand. Specifically, the Bahamas celebrate boxing day enthusiastically. It is traditionally a day for giving gifts to servants and the poor. It has also become a day for post-Christmas sales and sporting events in recent years.

A seven-day African-American holiday was celebrating family, community, and culture. Kwanzaa is observed from December 26 to January 1. It is characterized by the lighting of candles, the exchange of gifts, and feasts.

December 29 – Feast of the Holy Family

A Catholic feast day it is commemorating Jesus, Mary, and Joseph as a model for Christian families. It is celebrated on the Sunday within the octave of Christmas.

A national holiday in the Philippines commemorating the life and work of national hero Jose Rizal. On December 30, the anniversary of Rizal’s execution by the Spanish colonial government is observed.

The last day of the year. In many cultures, New Year’s Eve is a time for celebrating with parties and special meals. It is also time to reminisce on the past year and make resolutions for the new one. Make your device more fun with these cute backgrounds.

1. Is December 25 a worldwide holiday?

2. Is there a holiday in December?

Yes, there are many holidays in December. Some of the essential popular December global holidays include Christmas, Hanukkah, and New Year’s Eve. However, many other holidays are celebrated throughout the month. For example, Boxing Day is celebrated in the United Kingdom on December 26. Kwanzaa is also observed during December.

3. How many holidays are there in December?

There are a total of 31 holidays in December. This includes both major global December holidays and more minor, less-known holidays. The few most popular holidays include Christmas, Hanukkah, and New Year’s Eve. However, many other holidays are celebrated throughout the month. For example, Boxing Day is celebrated in the United Kingdom on December 26. Kwanzaa is also observed during December.

Evolution of Graphic Design In The Age of The Digital Device

How To Create an Infographic

Brochure Design Inspiration – A Walk Through

Written by
All Time Design
Looking for fresh content? 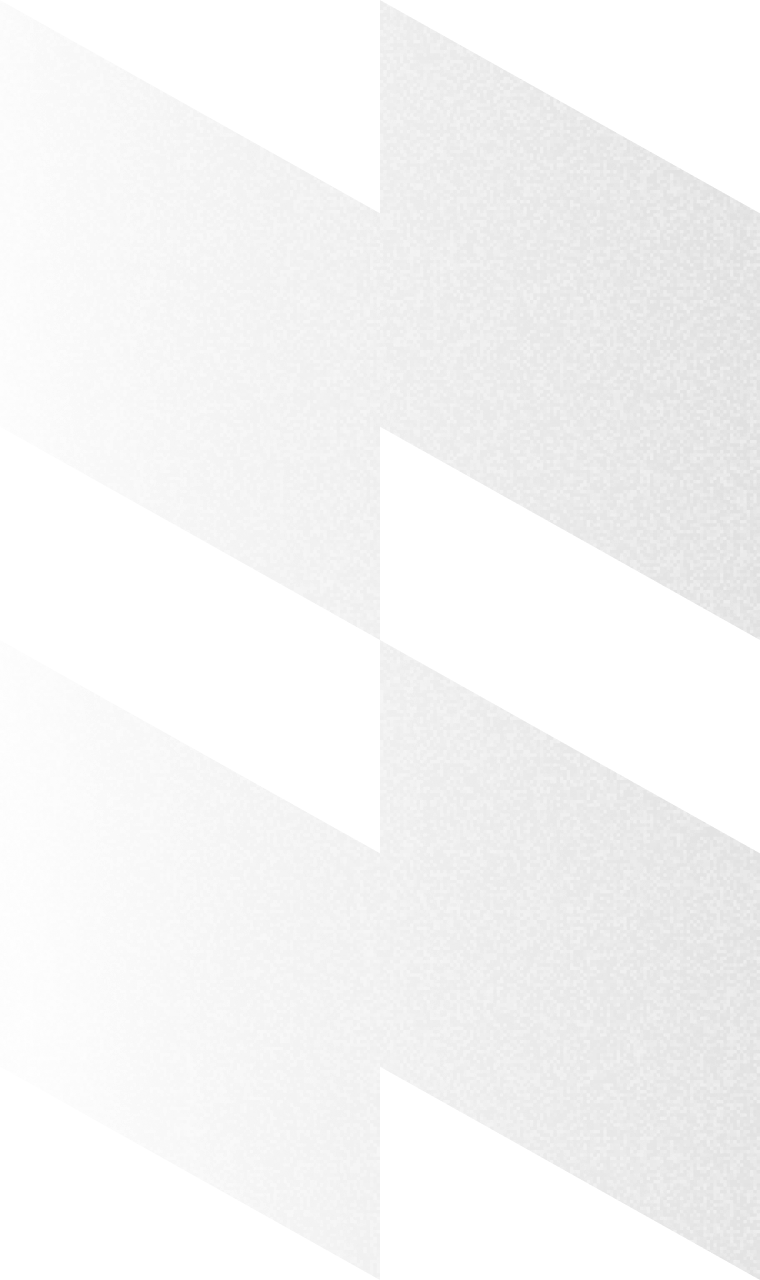 Start your 21-day free trial
Thank you! Your submission has been received!
Oops! Something went wrong while submitting the form.

Chat with us
Still on the fence? Want to know how to crush your design needs? Let's chat and find a solution!
Drop a message