A photo can be worth 1000 words, and that’s largely true in the case of a Movie Poster.

A movie poster’s main job is to create a sense of understanding in the audience and let them have an idea of what the movie is about. And over the years, countless posters have made their way to our walls. But, none can be more deserving and create a sense of probing in our minds better than horror movie posters.

Irrespective of whether they are, highly stylized or strikingly minimalist, a great horror movie poster will never fail to give us a scare. Over the years’ horror movies have come out with movie posters featuring all kinds of fear-inducing imagery, like flesh-eating Zombies, ravenous demons, aliens, eerie themes, etc.

How to depict a Horror Movie Poster?

Horror movie posters have to have a sense of eerie to them.

They could either represent a nightmarish scenario, a young woman walking alone on the street, bright light coming out of a haunted house or dark wood, or any scenario that is terrifying and will stand out.

Artist Reynold Brown, Drew Struzan, and Matthew peak have created some of the best horror movie posters ever.

Also, the title of the movie plays a major role in making a horror movie poster iconic.

For example, the movie poster for Scream is depicted the opposite way with a hand across the mouth of the leading character.

There are many directors who also leave behind small clues for the moviegoers to discuss and create fan theories about the background of the characters, especially when it comes to finding out who the killer is.

How To Excite Horror Movie Fans?

They always bring horror movies at gatherings and have great fun scaring their friends and family. And it is very difficult to make them like other genre movies. All because they are bred with memorable masterpieces that have made it impossible for a general movie or character to excite them.

Also, they are very protective of their masterpiece killer characters. If you are a director who wants to recreate or are creating a sequel then be warned, these movie fanatics are on the lookout, you better create the best version of the character or else they will search you and scare you.

The best way to win the hearts of a horror movie fan is to have,

Note it down, all of these are the most necessary while creating a horror movie.

But, most importantly keep an eye on the design of the movie poster. Because unless the title and poster attract the moviegoers they will not watch the film.

All the while, horror movie posters have done justice to their job of presenting scary, nerve wreaking, often unsettling themes of movies while also simultaneously exciting moviegoers.

A good horror movie poster tells the viewers a story, conveys a message about the film, and symbolizes the movie to the audience.

It is not just themes of horror movies but also the horror movies that are categorised into different types to make it easy for moviegoers.

The Types of the Horror genre?

It is not enough that horror movies are scary but they also have subcategories that distinguish them as per their genre.

Here are some of the popular horror movies subcategories,

Now there are many subcategories to a horror movie. But here we have put down our top favourite horror movies that have the best horror movie posters.

This 1996 high school horror made heads turn and is considered one of the best horror movies. With an impressive cast and crew, there are many scenes from the movie that are deemed a classic today.

Owing to the massive success there have been five sequels but still, this has been the most successful movie of all garnering a hefty box office collection.

Another campus horror where a vacation in the woods goes wrong. If you are someone who says you’re not afraid, I recommend you watch all the sequels of Evil Dead. You are bound to be afraid of a lot of things by the time you finish.

Did you know that Crocodiles do not die? For them, there’s no such thing as old age.

And ageing has no effect on them, a 7-year-old is as agile and strong as a 70-year-old.

The only way for a crocodile to die is by either infection or by starvation.

Now, what will happen if a crocodile does not starve and just keeps growing year on year.

Our answer lies in this movie. This 1999 American horror movie and its sequels have these ever-growing ever-eating crocodiles that stay in a lake.

Our obsession with aliens has been there for years and years.

So, what happens when you find an alien ship on the moon.

As per stats, you don’t get down, but as per human curiosity, we first look and then regret.

And this is exactly what happens in this popular film and its sequel films.

This movie was directed by Steven Spielberg.

That’s it. That is one good reason to watch it.

But be warned, this film is as scary as it looks in this scary movie poster.

And why would it not? It has a shark playing the main character.

Imagine having to be always quiet to stay alive.

A Quiet Place is one such film, where the Earth is inhabited by aliens who will kill once they hear any noise.

John carpenter’s Halloween is the OG of horror movies.

This movie makes you hate and fear Halloween.

A Nightmare on Elm Street

This 1984 American slasher is touted as one of the most famous and scariest horror movies of all time.

Imagine if a vengeful ghost is out there to kill you whenever you sleep.

Daunting. Then make sure to watch this film.

How daunting is it to know that there is a killer who kills women and uses their hair to dress up his shop’s mannequins?

When the killer especially chooses women who go out at late night.

In this movie especially the scene where the killer starts to peel off one of his victim’s scalps is so scary that many moviegoers haven’t finished watching the movie whole.

If we are to talk about vintage horror, Carl Laemmle’s Dracula is a must.

The immortal story of Dracula has been created limitlessly. Yet this 1931 version of Dracula is the greatest of all time.

If you have watched the movie then you much know the one rule – never go to a haunted house and party.

Given the number of times children have been the source of disaster, the moral of the story is never take home the child of someone you do not know.

If you do and something frightening happens, listen to the priest who warns you of the impending doom.

There is also the 2006 remake by the same name directed by John Moore, starring mia farrow, Harvey Spencer Stephen (he played Damien in the original movie) among others.

The word exorcism is not something new. There have been many cases of exorcism throughout the decades.

This 1971 movie can be said to be the one that paved way for many other paranormal horror movies.

The Exorcism of Emily Rose

Apparently, this film is based on a true story of negligent homicide.

And the grotesque scenes and depiction of the exorcism still scares many viewers.

Again, in the account of goodwill always remember, do not open anything that has cryptic messages on top of it. Especially when there is an old lady next door lying bandaged on her bed.

Believe us this is the sign. Leave everything and run. Do not stay back like Rosemary, even though they did not show us what happened in the end. We all know what happens.

There is only one word for this terrifying movie – SCARY.

A Tale of Two Sisters

South Korea has some of the best movies of all time.

And this movie about two sisters is as intriguing as it could get.

Do not get confused by the movie posters, as the story is as shocking as it could be. Download your free banner templates at All TIme Design.

This 2004 movie doesn’t need any introduction. A killing spree ignited by the will to survive, this movie has everything, right from spot-on rendering, intriguing script, great actors, and horrifying background.

Just this iconic poster is enough for us to remember the gory scenes throughout the movie. Check out some amazing discord pfp for you!

The title and tagline say it all.

And if you’re still curious about what the movie is all about? Watch it. Check out some interesting Spotify playlist covers ideas for you.

This is the most grotesque film ever created.

There are many more films and film posters out there but these are our favourites in their genre.

In the account that you want to create a horror movie poster, always make sure to have your title, tagline and art ready.

And if you need professional help for it. Visit us at All Time Design.

How To Create A Poster: The Ultimate Guide

How To Create A Poster: The Ultimate Guide 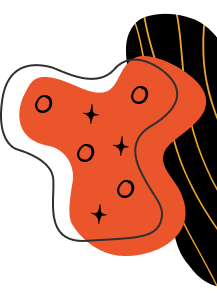 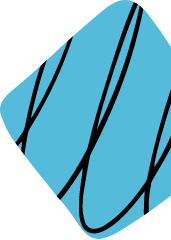